HarveStation by HarveLite is a plug-and-play smart product which consists of a host, dozens of dimmers and one or two daylight PAR value detector. It can realize an upgraded level of intelligent and large-scale lighting control. 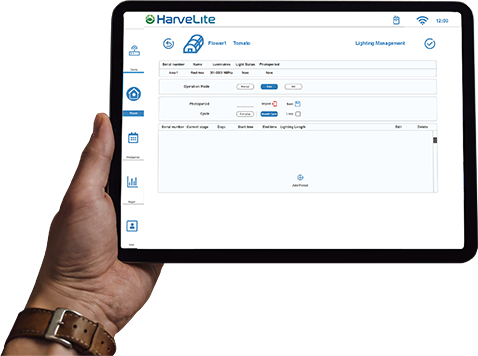 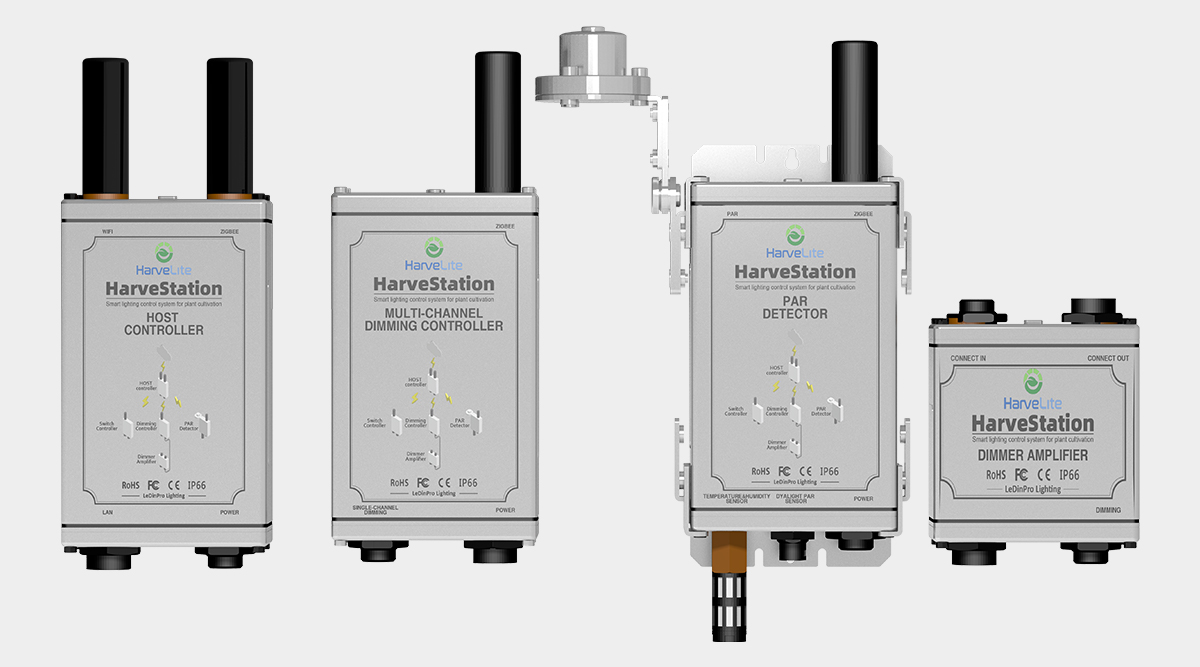 HarveStation performs photoperiod management according to the complete cultivation cycle, and automatically adjusts the brightness and spectrum. The system detects the real time DLI dynamics of daylight and calculates and analyzes the required supplementary light PPFD according to the user requirements by dimming the lighting fixtures. The system is an intelligent lighting control system based on cloud big data calculation. It is more flexible than the large-scale industrial control system, and provides richer control functions than the small-scale lighting dimming controller, which makes up for the market gap between the large-scale industrial control system and the small-scale lighting dimmer.

In the season with long sunshine, the system can automatically adjust the brightness of the light according to the change of daylight during the photoperiod.

In the season with short sunshine, the system can automatically adjust the brightness of the light according to the change of daylight during the photoperiod, and maintain a low supplemental light intensity after demanded sunshine , so that the plant won't enter the dark period.

Compared with WIFI and Bluetooth, Zigbee has the following advantages

The system components are designed for waterproofing, and all devices reach IP66, which is suitable for environment in plant factory .

Hybrid control method of local + cloud. The controlling is mainly based at local, while the the recording is mainly based on cloud. A seamless connection control method can be realized from the APP. The data information transmitted by the system has a high security level, and only the authorized account can access the system deployment in the plant factory. During remote control, only authorized accounts can manage HarveStation system. 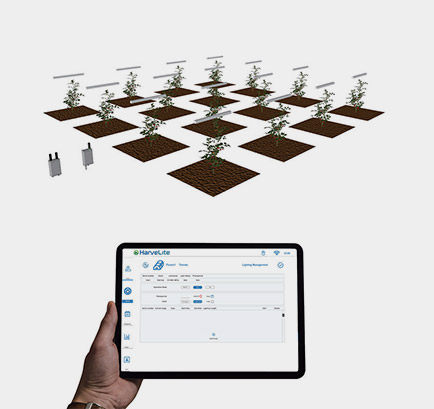 At the same time, HarveStation can be used for container cultivation and tent cultivation, providing unified management of wireless connections for multiple facilities, also which is convenient for system migration and installation.

HarveStation by HarveLite will further promote the technological innovation and infrastructure construction of modern agriculture to increase productivity. The use of an innovative wireless control system will provide a better and more convenient control method for the majority of small and medium-sized plant factories, and realize simple and convenient automated quantitative management without relying on people.

Now that traditional agriculture is facing more and more climate challenges. HarveStation will help plant factories to be more widely promoted worldwide. Ensure that all countries, especially those with insufficient arable land and unsuitable climatic conditions, to have a stable food supply all year round and achieve zero hunger.